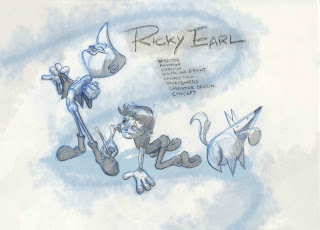 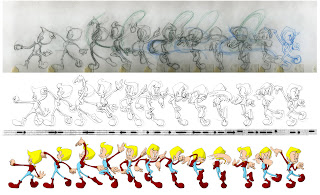 My graduation film is now live in slightly higher res on youtube now too.

Instead of talking about the whole process of making this film, I thought it'd be easier if I just made our team blog public for all to see. From there you can go back in time to our first posts when the project was just a concept. I started the blog over the summer before term in order to get a head start. I knew we had a lot to do on the film so I wanted to invite the team to start early if they wanted to. I think everyone did. I wanted to get the storyboards and animatic done before term started, which I did. But as you'll see, the version I planned over the summer was almost entirely unused (mostly because it was utterly arse). SO we mostly went back to the version that I pitched in the 2nd year.
I haven't edited the blog in any way, and it was never meant for public consumption. As a result it's chock full of bad language and insults, and some pretty bad drawings (mostly from me). I hope you enjoy it!
Posted by Ricky Earl at 07:55