Whilst working with the wonderful team at Karrot, I thought it'd be a good idea to throw a pitch their way. It was an idea for an animated kids series.
It would've been a series with the same tone as The Animals of Farthing Wood in the way that main characters would actually die and it would be quite dark in places.
It wasn't a full blown pitch, it was more of an opportunity to see if they guys at Karrot liked the idea enough for me to develop it.
Then the movie Attack the Block happened... 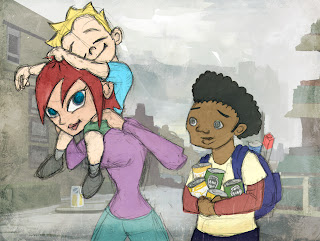 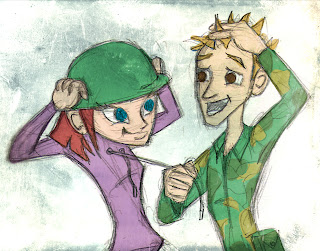 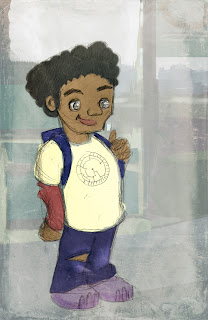 My series would've focused on the adventures of a group of kids making their way across London under a full blown alien invasion. The similarities between my idea, dubbed SE15, and Attack the Block were pretty superficial. But they both feature teens against aliens and they're both in London.
I wanted mine to be a pretty real London, with council estates and everything, but UNLIKE attack the block, my characters were not assholes. They were just innocent kids trying to reach their parents on the other side of a semi destroyed London.
The main draw of my show, was that the kids were practically invisible to the aliens. The aliens saw pretty much as we do, i.e relatively poorly, but on top of normal vision they could "see" brain patterns. Brain patterns that only existed in adults, making them far easier to kill. Once night fell, the kids were basically invisible. The overall story would've depicted the kids being the ones responsible destroying the aliens.

In order to have enough images to show the guys at Karrot, I enlisted the help of Tegan (to design the girl and the kid), Rufus (to design their car and alien attackers), Marc (to paint a background of London) and Ibs (to creat a fox for me) (everything else I did on the weekend before). Everyone did a fantastic job, and I'd like to again thank everyone for their work, I really appreciate it.
Here's the pitch slides I used which you can click on to view. There's more after the break... 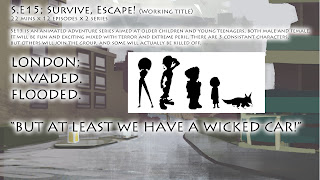 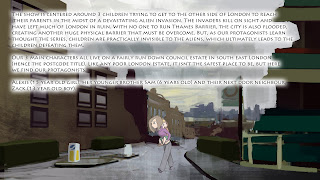 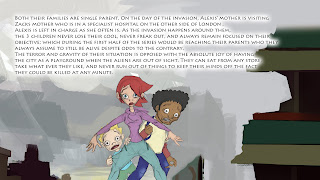 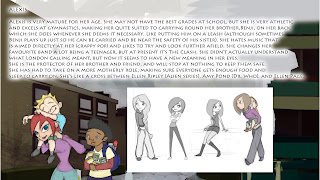 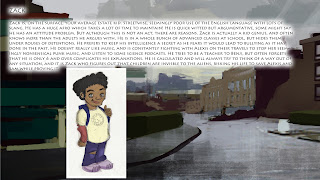 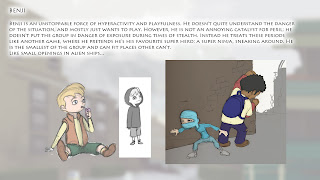 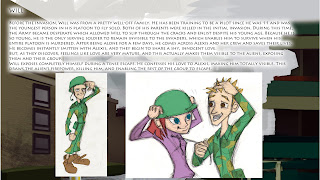 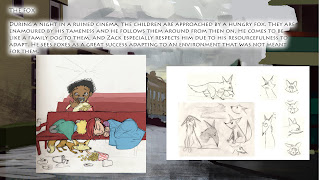 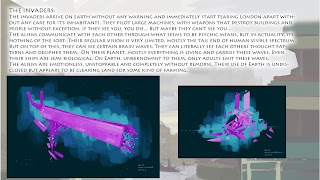 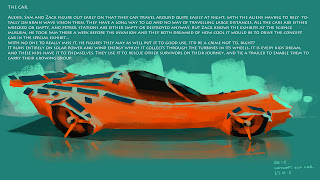 Followers of this blog my recognize the title of this pitch, SE15. It was also the title I gave to the grad film that I didn't make. This is simply because it's where both of these were set (the London postcode), as it's where I grew up and have a strange affection for despite being a bit of a dump. I didn't really consider actually calling this one SE15, it was merely a working title.
Posted by Ricky Earl at 09:10